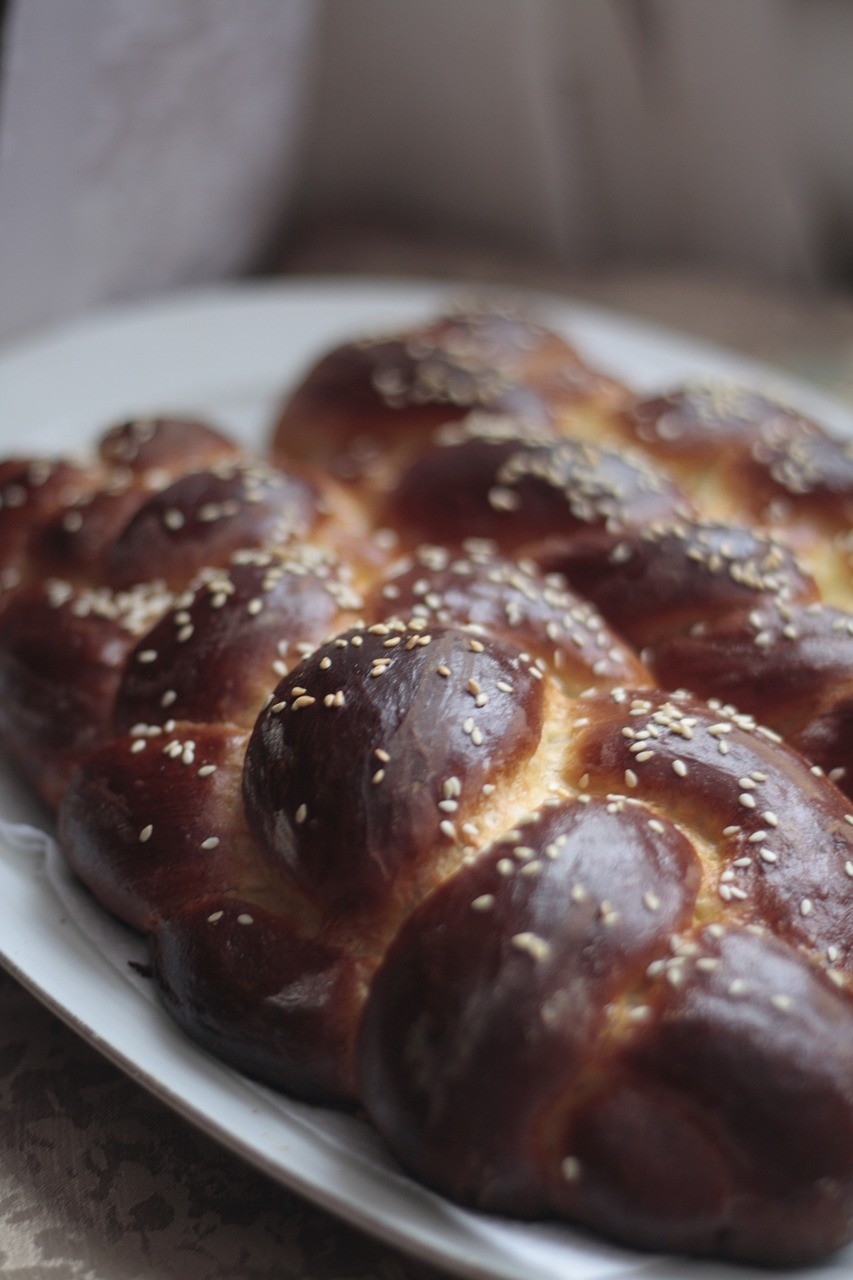 Wikipedia defines the discipline of food studies as “the critical examination of food and its contexts within science, art, history, society and other fields. It is distinctive from other food-related areas of study such as nutrition, agriculture, gastronomy and culinary arts in that it tends to look beyond the mere consumption, production, and aesthetic appreciation of food, and tries to illuminate food as it relates to a vast number of academic fields.” Jewish food studies give an additional dimension to the discipline by showing how dietary restrictions and the customs that arrive from their practice have changed Jewish religious practice. Some works – for example, “Feasting and Fasting: The History and Ethics of Jewish Food” edited by Aaron S. Gross, Jody Myers and Jordan D. Rosenblum (New York University Press) – are formal and academic, while others, such as “The Dairy Restaurant” by Ben Katchor (Nextbook/Schocken), are more personal and idiosyncratic. Both works show the many connections that exist between food, history and Judaism.

“Feasting and Fasting” is a fascinating look at food from a variety of different angles. In the introduction, Gross notes that “on the one hand, the book is about Jewish traditions, and food functions as the focal point in examining different forms of Judaism, different ‘Judaisms’.... On the other hand, this book is also a study of what we might call the religious dimensions of food, and the case of Judaism serves as an exemplum in the wide-ranging scholarly discussion of how we might best think about the intersection of food and religion.” The first section, “History,” offers historical analysis of Jewish dietary laws from biblical to contemporary times. The second section, “Food and Culture,” features case studies of particular types of Jewish food and how they reflect different aspects of Jewish culture. The third section, “Ethics,” looks at moral and ethical questions about food in contemporary times, for example, the treatment of farm animals, whether or not one should be a vegetarian, and the question of rabbinic supervision of kashrut (Jewish dietary laws).

The essays offering an overview of kashrut through the ages contain provocative ideas that inspire different ways of looking at the dietary restrictions. For example, Elaine Adler Goodfriend explores what foods were actually eaten during biblical times. She discusses possible reasons for the biblical laws, while noting that, for example, there were no economical or ecological reasons for the Israelites not eating pork. Among her most interesting points is the fact that the Torah contains no restrictions on plant life; any type of edible plant can be consumed. David C. Kraemer describes how the ancient rabbis strengthened food taboos and limited sharing meals with non-Jews after the Second Temple was destroyed. For example, the rules surrounding the mixing of meat and milk greatly expanded during this time period. Bread and wine became privileged foods that now had their own blessing. Kraemer notes that the rabbis believed that their dietary habits were of importance to God and considered food “a crucial instrument in worshiping God and celebrating life.... Eating itself came to be understood as potentially fused with holiness.” The rules of kashrut were seen by the rabbis as a way of preserving Jewish continuity.

These stringencies continued during the medieval period (11th-16th centuries), according to Jonathan Brumberg-Kraus. In fact, the rules became stricter when dealing with the production of wine (making certain no one but Jews would be involved in its preparation) and with the separation of meat and milk (including the first use of different pots and utensils for each). The author also notes the difference diets found in Ashkenazic and Sephardic food cultures. The former “relied on root vegetables, legumes, and fermented foods (like herring) better suited to the shorter growing season and long winters.” Sephardic Jews ate what is now called a Mediterranean diet: “primarily grains, wine, olive oil, vegetables and nuts, and small amounts of meat and fish.” Looking at more modern times, Jodie Myers writes of the changes that occurred as the use of plates and silverware increased: people were no longer eating with their hands or eating from a common bowl. This now meant that homes had to have separate dishes and silverware for meat and dairy. During the latter part of this period, the arbitrators of kashrut changed from women making decisions for their own households to certification by organizations run by men.

The section “Food and Culture” focuses on individual foods and includes a look at garlic as a Jewish food by Jordan D. Rosenblum; an exploration of how Christians and Muslims viewed Jewish food by David M. Freidenreich; and an excellent explanation by Zev Eleff of how peanut oil, which was once kosher for use on Passover, came to be considered chametz (not kosher for Passover). David Weiss writes one of the most interesting essays in the “Ethics” section in which he describes the animals that are kosher as those that depend on God for their food (meaning they eat grass and other grains) as opposed to those who eat meat.

This summary doesn’t do justice to the sheer amount of information included in “Feasting and Fasting.” All the essays were all well written and absorbing. Anyone interested in food studies or Jewish history will want to read this book.

While “Feasting and Fasting” features many writers, “The Dairy Restaurant” is the work of one author. Actually, the word author doesn’t capture what Katchor does since his black-and-white drawings are found on almost every page in the book and serve to complement his prose. His work is part musing on religion; part history of dairy food from the Garden of Eden to contemporary times; a look at vegetarian movements in Europe and the U.S.; a listing of every dairy restaurant open in New York City during the 20th century; and part sly commentary about the Jewish world. Readers would also do well not to stake their religious practice based on what Katchor writes. (He says that camel’s milk is kosher, but it’s not. Only milk from kosher animals is kosher and camels are not kosher.) However, Katchor is not looking to write a guide to kashrut, but rather... actually, sometimes it’s hard to tell exactly what he wants to accomplish.

Although large sections of the book do not directly deal with Jews or Jewish dietary practices, Katchor’s musings about Jews and food are the best parts of the book. For example, he notes, “Through restaurant culture, the regional, linguistic, political, culinary, religious, and class distinctions among Jews of New York City in these years [the 1800s] were brought to relief. There existed as many types of Jewish restaurants as there were types of Jews. English-language reports highlighted the obvious divisions between kosher and non-kosher, affluent and poor restaurants, but among Jews themselves public eating choices were propelled by a smell in the air, a momentary assimilationist impulse, or a pang of homesickness.” Katchor is also quite funny when writing about why Jews might choose a particular food: “The range of reactions to the food of one’s childhood – at home and at local restaurants – is wide. To some that food is part of a lost paradise that they strive to return to for the rest of their life. To others, it represents a family bondage and provincialism, the escape from which they mark as a day of liberation. To others, that food represents a period of economic and social failure to which they never want to return.” Also fun to read about were the performers (Jewish and non-Jewish) that frequented some of the Jewish dairy restaurants during their heyday.

“The Dairy Restaurant” contains an almost overwhelming amount of material, partly because its prose is descriptive, rather than analytic. It’s as if Katchor wants to include everything he ever learned about dairy food and dairy restaurants without filtering which particular aspects were the most important. Katchor even acknowledges this problem at the end of his work: he notes that he kept learning and forgetting what he had previously learned as he did his less than methodical research until finally his publisher demanded he turn in a manuscript. However, that doesn’t mean his book isn’t interesting, but it does require patience. What does not require patience, though, are Katchor’s wonderful illustrations that help bring his writing to life.