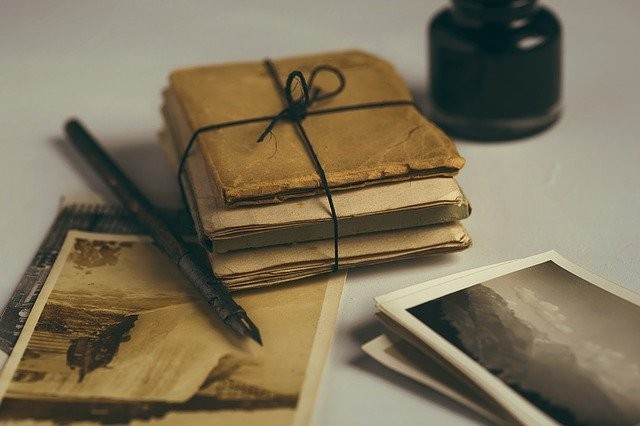 One reason to read historical novels is to gain insight into our ancestors’ lives. Of course, it’s impossible for authors to completely rid themselves of contemporary notions and totally understand the sensibilities of those who lived centuries ago. However, written works from those time periods and research by historians can give authors insights into what was experienced. Even more important, though, is a writer’s ability to imagine their characters’ thoughts and reactions to the events that surrounded them. Even when imperfect, historical novels offer us a glimpse of the Jewish past that helped shape our world.

It can be difficult to read about the darker periods of Jewish history, particularly when the source of the harm is a fellow Jew. One example of this behavior is portrayed in Talia Carner’s important new novel “The Third Daughter” (William Morrow). Her subject is the white slave trade in Brazil from the 1870s to the 1930s, during which time Jewish men traveled through Europe searching for naive young women and their families. These men would tender offers of marriage or claim to be looking for nannies for their children. With no way to confirm their stories, the families were often taken in due to the wealth and charm these men displayed. Parents believed that their daughters were being given an opportunity to escape poverty, oppression and pogroms. What they received instead was a life of degradation and slavery.

Carner’s novel tells the story of Batya, who is 14-years-old when her family narrowly escapes a pogrom. While searching for a new place to settle, they are approached by Yitzik Moskowitz, who not only is rich, but warmly welcomed by the Jewish members of the next town. Moskowitz claims to have fallen in love with Batya and wants her to travel with him to Buenos Aires. He promises that she will live with his sister until she reaches an appropriate age of marriage and offers a bride price that Batya’s father can’t refuse. Moskowitz also promises to bring her family to Brazil at a later date.

Of course, this is a lie: Moskowitz is a pimp who searches Europe for women to send to Brazil to work as prostitutes in the house he and his sister run. Batya is so naive that, even after Moskowitz rapes her, she believes him when he says they will still wed. It’s heart-breaking when she finally understands the reality of her situation. The story of what happens to these women is horrifying: some are good looking enough to live in decent houses of prostitution, although they have little to no control over their lives. Those less fortunate or who refuse to cooperate are sold into far worse situations.

Carner does a wonderful job portraying Batya’s thoughts and feelings. Her naivety is convincing and shows how different her world is from ours with its limited means of communication and no way to warn those in Europe about the dangers these men posed. The prose of “The Third Daughter” is easy to read and the plot keeps the pages moving. The ending is not entirely convincing, but, by that point, I was ready for the novel to end on a positive note. Carner has done a service bringing light to this dark period of Jewish history.

Some authors of historical novels combine two stories in their work: that of the characters they are trying to imagine, and their own adventures and thoughts about the subject of which they are writing. That’s true of the beautifully written “The Convert” by Stefan Hertmans (Pantheon Books). The work opens with the author imagining the two characters whom he is writing about: a Jewish man and his pregnant, convert wife, both of whom risked death to marry in 11th century France. The novel is based on real people, part of whose story was discovered in two paper fragments found in the Cairo genizah. Hertmans tries to understand what they thought and felt at a time when Europe was experiencing the Crusades that not only sought to recover the Holy Land from the Muslims, but wreaked death and destruction in Jewish communities across Europe.

The author’s main interest is in Vigdas Adelais, the daughter of a prominent Christian family, whose only education was that of a well-bred lady, one aimed at making her an advantageous marriage for her family. The restrictions placed on women’s behavior – at least, that of women with rich parents – and the way women were treated as if they were children is made clear. Yet, Vigdas breaks that mold by not only falling in love with David Todros, the son of a rabbi who is studying at a yeshiva in her town, but arranging to secretly meet with him and running away so the two can be married. Both would be killed if found by her parents, who send knights searching across France for the two of them. Trying to hide in a small town to which few travel, they are unable to escape events beyond their control: the pope’s call for a Crusade sets a disastrous series of events in motion, something Hertmans makes clear early in the novel.

In addition to telling Vigdas’ story, Hertmans writes of his own travels and his attempts to understand what Vigdas and David were thinking. He is greatly moved when he stands in places he knows Vigdas or David lived or visited. His musings show how difficult it can be to fill in the details surrounding the bits and pieces of Vigdas’ life he knows to have occurred. The author’s writing style does distance readers’ emotional response, although this might be deliberate. What happens to Vigdas makes for sorrowful, and sometimes depressing, reading. However, the well-written prose and the view of a radically different world make this a novel well worth reading.

“The Gospel According to Lazarus”

What people in contemporary times think about the past can be very different from what those living in that period thought. For example, when Christians look at the story Jesus, they see the beginning of their religion. In his novel “The Gospel According to Lazarus” (Peter Own Publishers), Richard Zimler offers a very different look at that history. The Jesus portrayed in this novel is clearly Jewish, a seeker of mystical connections who wants to reform the Judaism of his time, not to start a new religion. The main import of the story, though, is not religion or politics: the novel is a wonderful portrayal of a friendship between two men, one of whom is willing to sacrifice all for that friendship.

The novel’s pretense is that it is Lazarus’ autobiography, one written years after the death of Jesus, whom he calls Yeshua. Lazarus and his family have taken refuge away from the forces that led to the crucifixion for fear they, too, would be put to death. However, Lazarus wants his grandson to know what occurred between the time that Yeshua raised him from the dead and when the family escaped Palestine. His resurrection has left Lazarus doubting God because he experienced no afterlife. Yet, Yeshua encourages him to have faith, which makes Lazarus think back on their long friendship, including how the two met as boys. Lazarus must also deal with the politics of the time: the people who want something from him because they now feel he is holy and the authorities who want the tale of Yeshua’s miracle denied. At the same time, Lazarus must continue to work in order to support himself, his two sisters and his children, although he questions whether one of his sisters is working against him and Yeshua. Lazarus comes to believe that the only way to protect his family may be to deny his friend, something that hurts him deeply.

“The Gospel According to Lazarus” offers some interesting and beautiful interpretations of biblical verses and descriptions of mystical journeys. The plot is far more suspenseful than one might think since readers know how Yeshua’s life will end. The crucifixion as seen through the eyes of Lazarus – a man watching the friend he loves die – is moving because the emotions he feels are clearly portrayed by the author. Also fascinating are the different interpretations of Yeshua’s behavior that occur over time, something that disturbs Lazarus because he feels they distort his friend’s true message. “The Gospel According to Lazarus” allows readers to see Yeshua as he might have truly appeared in this own time.