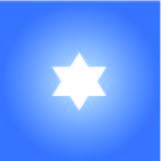 I meant what I said and I said what I meant and an elephant is faithful 100 percent. Those words from Horton Hatches an Egg by Dr. Seuss greatly influenced my life. A promise ñ an oath ñ should not be broken; one is word has to mean something. I find it interesting that the ancient rabbis felt the same way about vows: they took them very seriously. People needed to go before a Beit Din (a rabbinic court) in order to break an oath. Rabbis over the centuries have disliked Kol Nidre, which allows us to negate our vows. How can our word be trusted, they asked, if we have a ritual that allows us to break it? Popular support of the custom prevailed, but Judaism still expects us to follow through on our promises.

In business and life, the knowledge that you keep your word creates a reputation that gold cant buy. If someone believes you’ll keep a promise, they know you can be trusted. Trust like that is a rare and important commodity. That’s true even in government. In fact, it’s more important in government, especially democracies. The world needs to know that a pledge made by one leader will be kept by the next.

That’s why I was so distressed to learn that President Donald Trump ordered the withdrawal of U.S. troops from northern Syria, which allowed Turkish forces to slaughter Kurdish soldiers and citizens. The Kurds have been American allies in the fight against ISIS and the withdrawal of American troops was a betrayal of their trust. You don’t do that to your allies: you don’t walk away and leave them to die.

Please note, I was not a supporter of the original wars against Afghanistan and Iraq. However, once our armed forces had taken over those countries, I was against a sudden withdrawal of our troops. We owe something to the people living there. In simple terms, you should not invade a country, destroy its infrastructure and then leave before something stable replaces it. At least, you shouldn’t do so if you are a moral, ethical human being.

Much has been made of the phone call between President Trump and the leader of Turkey that occurred before the withdrawal of the troops. Did they come to some kind of agreement? That information hasn’t been released. We do know that President Trump promised to destroy the Turkish economy if the attacks occurred, but, since that didn’t stopped the killings, I guess Turkey either didn’t care or didn’t believe he was serious. Even some of the president is most vocal supporters are dismayed by what he’s done. The real result of his actions is that no one will trust the word of the United States. Why should they? Without any warning, we’ll just disappear. When it’s inconvenient or we’re tired, we’ll just give up.

I don’t pretend to understand all the details of what is occurring in the Middle East. It takes an expert historian to do that. What I do know is that our word, our promise, should matter. We ñ the United States ñ have broken our word and the results have been deadly.

I consider myself a proud American. I am so grateful to the country that welcomed my ancestors and allowed us to thrive. At times, I’ve been angry at our leadership; I’ve been upset with U.S. policies and embarrassed by our actions. However, this is the first time I have ever been ashamed.