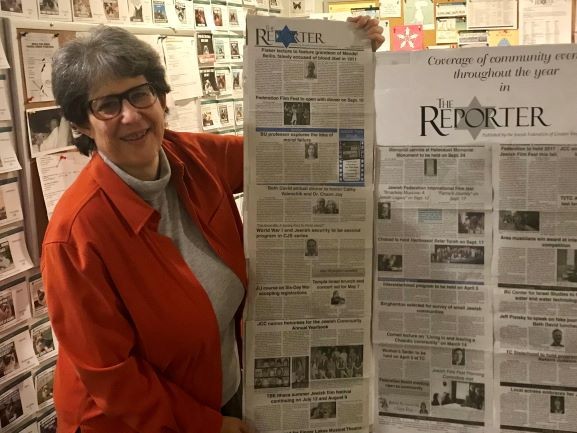 This book review by Rabbi Rachel Esserman, executive editor of The Reporter, won first Place in the Award for Excellence in Arts and Criticism News and Features – Critical Analysis/Review category for newspapers with a circulation of 14,999 and under from The American Jewish Press Association. The judges' comment on the review was "very well written and gives a good insight into narratives about Jews in the U.S. and the myths that have been passed down."